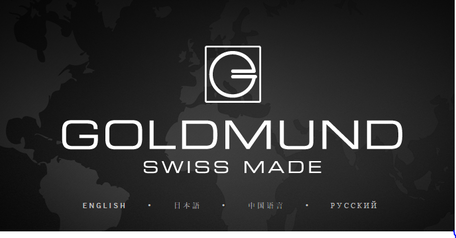 Goldmund is one of the historical brands in High Fidelity that we all know, thanks to Mimesis, Studio, Studietto, Apologue devices.

As you probably remember, when I visited Goldmund last August I asked them to review one of their devices. I didn’t know that I would have had in my house a whole Goldmund team working for this purpose.

In October Véronique Adam the project leader, Rodolphe Boulanger the sales manager and Etienne Bonaz the finance office manager came to my house and brought the active loudspeakers Prologos+, the Eidos 17 digital player and the Mimesis 16.5 preamplifier. 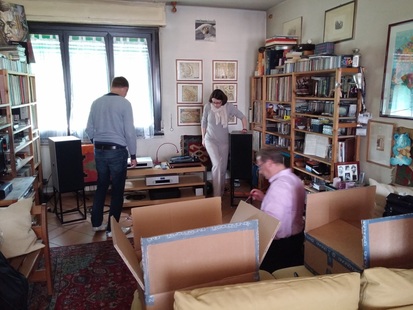 The Goldmund team, Angelo Jasparro, Pietro Pesenti and me worked to unpack the devices and put in place the loudspeakers - that are the lighter model, easier to move and transport - the cables, the stands and so on.

Between one course and another we kept on working hard and after a good coffee we started with the listenings. 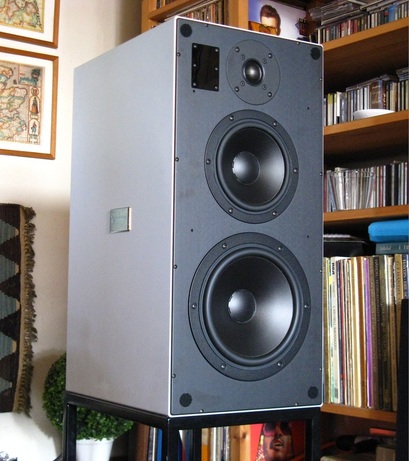 Véronique Adam really impressed me when we sat on the couch to listen to music. She was really concentrated on the songs I started to play. Professional interest for sure but also love for music in itself. I knew later on that Mrs Adams is a concertgoer and live music must be her reference to design the devices of the brand. Rodolphe Boulanger underlined once again the fact that these devices are very accurate in every detail and that they want to produce something that sounds just like live music.

Of course it is essential to reproduce correctly a recording. In fact if the latter is done accurately the system can disappear and remains nothing but music itself. This is what happened in my house with the Prologos+ connected with the laptop in wireless but also with the complete system that I am reviewing.

Few facts about the devices reviewed.

The Prologos+ loudspeakers are active and are 60 cm tall. They use 3 Goldmund Telos power amplifiers for a total of 600 W for each loudspeaker. The drivers are Dynaudio, there is a 9” woofer, a 7” midrange and a soft dome tweeter. The cabinet, built in silver colour aluminium, has the reflex tube firing downward. This is important because it helps with the positioning of the loudspeaker in the room, if you have to put them close to the back wall, as I did. The Prologos+ have digital inputs and outputs and also a wireless receiver. They weight 52 kilos without the packaging. The crossover has a DSP adjusting circuit that is set in the plant in order to obtain a frequency response as flat as it can be. The declared frequency response goes from 30 to 25.000 Hz within more or less 6 dB. I think it is a bit pessimistic because the authority of the big percussions lets you think of a wider response, less limited in the low range.

The Eidos 17 player is built on the Oppo 103. Its features are the same but the changes that Goldmund has done on it make it sound different, considerably better.

The Mimesis 16.5 preamplifier is only digital, to communicate with the Prologos+. Of course it has also the analog inputs because Goldmund knows that many people still use turntables or reel recorders. Mimesis 16.5 receives the digital signal from the CD player and has a whole series of facilities that are all described on the producer’s site.

You probably remember that I said that Rodolphe Boulanger has stated many times that Goldmund wants to have a sound very close to a live sound. Well, in my opinion the goal is reached.

At first I have connected the Prologos+ with my laptop in wireless, I inserted the CD, opened Foobar and started with the listenings.

The first record I listened to is “St. Mattew Passion” by J.S.Bach performed by Herreweghe on Harmonia Mundi (the second recording, dated 2000). I have listened to this recording umpteen times with many different systems. Only this time, with the Prologos+, I have had this sensation of open space in front of me. A characteristics of all the Goldmund devices is that they give a sensation of a very wide soundstage, of a room with the orchestra in its place but with space in front of them, on their two sides and also above and below. In fact this is what happens when we are at a live concert especially if we are not seated in the first rows. A very beautiful sensation indeed.

Since the frequency response is kept as flat as possible these loudspeakers and their internal amplification give pure and recognizable sounds. These sounds are rich in many hues and have a dynamics that is very fluid and that does not strain you. There is nothing to imagine, everything is ready to be used, or better listened. The low range is extremely correct and is very extended. The sound is never softened, it is very trenchant , just like live music.

I have had the confirm of this similarity to live music listening to Ivo Pogorelic, playing Brahms on DGG. The whole keyboard had a sound very close to a listening in a theater, in a good position. I must say that listening to Brahms I kept on turning up the volume and at a certain point I was very afraid that my poor neighbors might call the police. I had the feeling of being very close to the piano almost watching the strings just a few centimetres away from me.
The Goldmund system has also the rare ability to follow the dynamics of the recording; the sound rises and falls with an uncommon smoothness.

Many times when we switch on the new system we keep the volume we had set with our usual system but then, we have to take the remote and turn it down because it’s louder than we remembered.

I listened to the player both in my system and in Angelo’s system. Angelo has a dCS player that is far more expensive than the Goldmund Eidos 17. In that occasion the low range seemed more firm with the dCS, the Goldmund player reconfirmed that sensation of space that is characteristic of the brand. The top range at Angelo’s place was very sharp but never annoying.

On the other hand, in my house the low range had no highlight but that sensation of big, airy and real soundstage. This happened also with the small PSB Alpha B1 loudspeakers that, as for their price, have nothing to do with the rest of the system; nonetheless the loudspeakers seemed to disappear. Behind them a space opened that was bigger than the real space; even with loudspeakers that are not expensive the instruments and the singers had a precise and natural positioning and I am talking about a listening of the Vespro della Beata Vergine by Monteverdi performed by Gardiner on Archiv. Also the sound was clear despite the many resonances; the sensation was that of being in a space much bigger than that we actually were in.

Few years ago there was a debate because a Goldmund player was very similar to a Pioneer player. The debate was mainly about the price gap and was not followed by a comparative listening. We asked the Italian distributor an Oppo in order to compare the original and the one modified by Goldmund.

Oppo is an excellent player that offers a lot at the right price but Goldmund is something different. Its low range is always controlled and is never in strife. It is controlled even when we are playing the Départ by Rihm or the Young Person’s Guide to the Orchestra By Britten. The mid and high range are well defined, too. Besides the Goldmund player seemed more silent than the efficient Oppo and the final result was the impression of having more sounds, especially with the echoes that were present in the recording. All in all, the different performance is a good reason for a different price.

Finally the time has come for the complete system with the addition of the Mimesis 16.5 - that I could not listen in my reference system because it is totally digital and is specifically made for the Goldmund loudspeakers system.

At one point I sat on the carpet, central position at 50 cm from the loudspeakers with my back towards the system. I listened to Marie-Claire Alain performing music by Bach (Erato Serie Bonsai). You are probably wondering why from behind. Well because I have sang for 45 years and the instruments have always been behind me, never in front. I have listened to pipe organ music also from the nave but I am more familiar with the “Voice of God” behind me, few centimetres from my ears as it is with pipe organs that are positioned on the portals. Well this sense of reality in the sound, the precision of the timbres, the powerful but never exaggerate low range reminded me of that exact place. A shiver run down my spine and I suddenly feel like singing.

With the Prologos+ wireless and with the Eidos 17 the low range and the pipe organ sound was even more precise, deep, sharp and very similar to a listening in a big room and/or in a seat in a good position in an auditorium. Needless to say also that the Goldmund system is very efficient with classical music but also with other music genres. And I have had the chance to test it in the 45 days that it remained in my house. Listening to the CD My Funny Valentine by the Manhattan Jazz Quintet I had the impression of having the quintet in front of me.

Let’s talk about the prices of the different devices. At first the costs seem high and they surely are. Anyway while listening I tried to think which other system could have had this sound.

Adding up the cost for loudspeakers with this features and an amplification suitable to make them play, well, I came up to costs higher than the 60.000,00 Swiss francs that the Prologos+ cost. The player, as I said , has important features; it is an Oppo 103 modified as for the cabinet, the cables and other things. Its sound is very different from that of the original Oppo. Its sound features place it among other players of this price range (about 10,300.00 euros). The sound processor Mimesis 16.5 (15,000.00 Swiss francs) connected with the loudspeakers and the player has changed the outcome showing its importance and underlining its characteristics of clarity and linearity that are the main feature of all the other devices.

Well, it is expensive but how many times we spend even more to have less? In Goldmund is not just a matter of exclusive products it is also a matter of style and especially sound quality. A sound quality that we know that Goldmund can give us. Moreover, with the wireless loudspeakers and laptop there is order and tidiness and even the most unruly and audio-hater wife will love it.


P.S. Rodolphe Boulanger and the Goldmund technician Antonio during their last visit told me that in Goldmund there is also a more affordable product line. The brand is JOB and surely we’ll have the chance to speak about it in future. 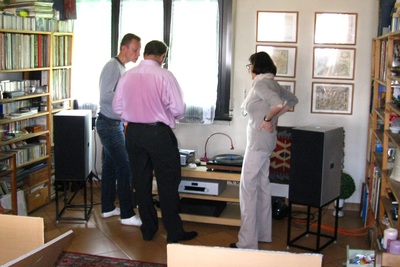 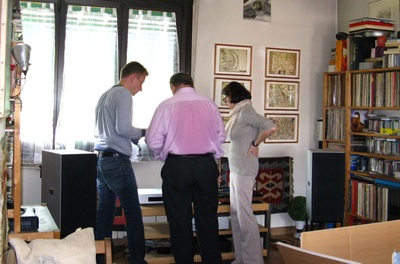 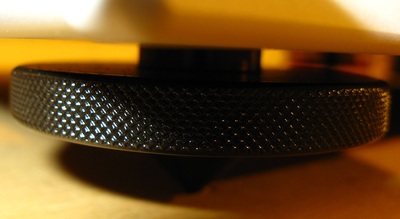 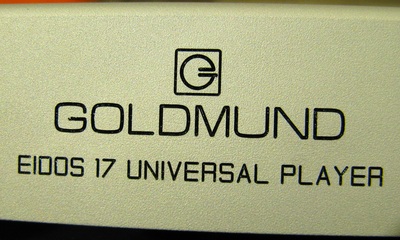 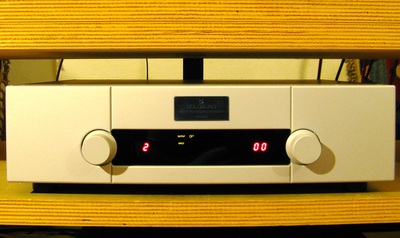 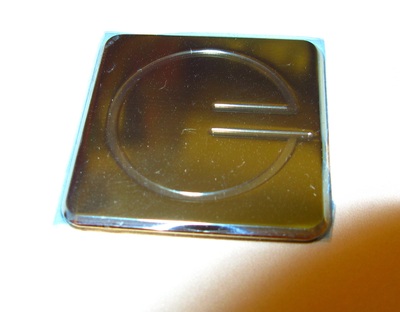 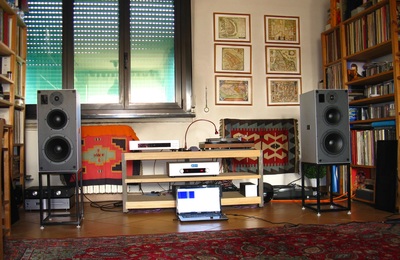 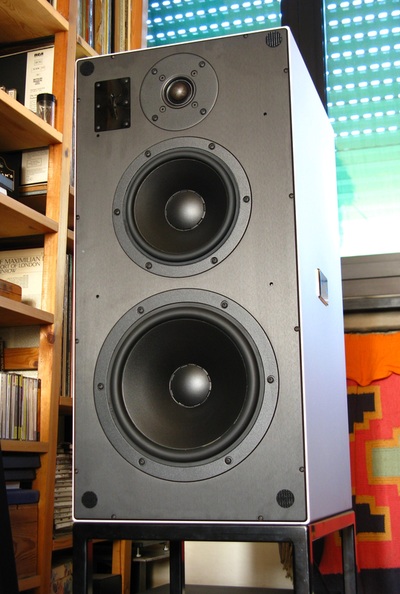 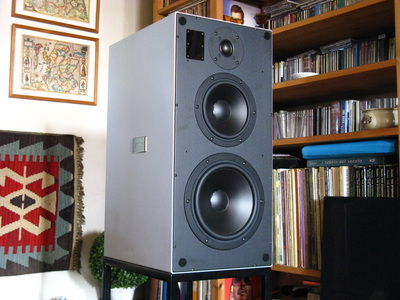 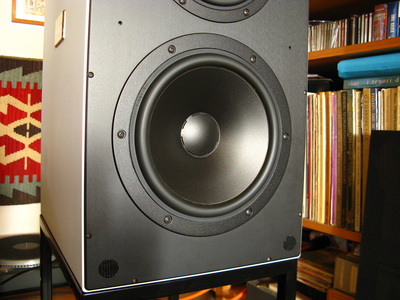 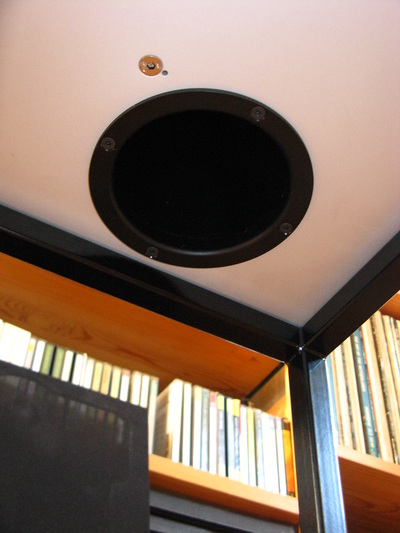 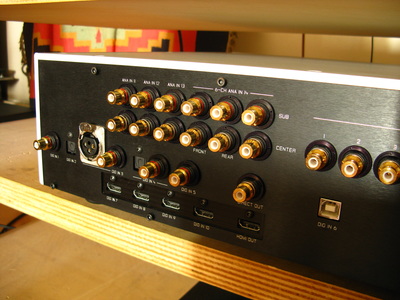 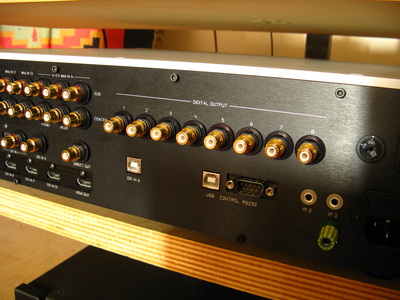 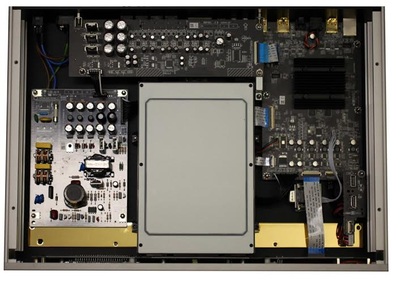 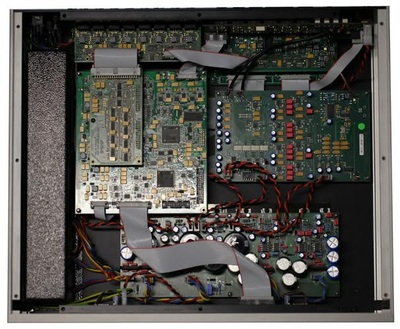