Kiseki Purpleheart N.O.S.
a.k.a.: The Music 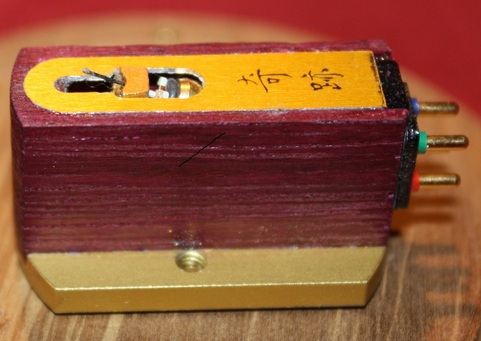 Kiseki Purpleheart N.O.S.
Here she is again! The Kiseki! I lost track of her 20 years ago and now we meet again, but while I am older and fatter, she’s exactly the way she was.

It is availabe in N.O.S. version, the Kiseki Purpleheart that, together with the Blue and her sisters, delighted us in the 80’s and 90’s. It is produced in only 49 pieces all over the world. The legendary creations of Mr Fukada … and not just because Mr Fukada was a legend himself (just like Ikeda, Kondo or Sugano), but because Mr Fukada did not exist. Now we know it. Anyway the myth of Kiseki was born thanks to a misunderstanding of a clamorous fake, but once we get to the listening part there is nothing fake. The story of the Dutch distributor of Koetsu is on the Kiseki website and it’s kind of funny. In the 80's it was hard to provision Koetsu since at that time many pieces were sold and the producer could not supply so many and on top of it they got a step-up made by Kondo so the success of Kiseki and its Fukada San was launched. 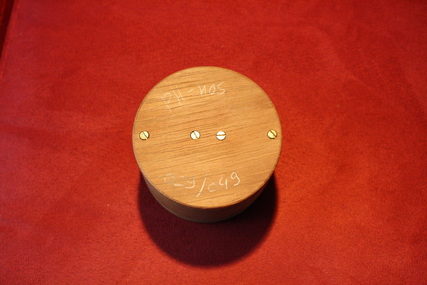 Today we know the story; after a short absence from the market the Blue became available again for first and now also the Purpleheart is back. This cartridge has the same inner parts of the Blue but in a shell that gives no chance to echoes. The producer states that not all the pieces are new, some of them are N.O.S. but we do not know which ones.
But leaving alone the technical data and the Mystery halo that surrounds Kiseki, there is the cartridge with its qualities.

When Angelo Jasparro asked me if I wanted to review this cartridge I was really happy. My memories with Kiseki were still vivid and were of the kind that you keep in your mind with pleasure. When someone used to ask me which cartridge I would have loved to own again my answer was always the same: “the Kiseki and the Ortofon MC 3000”.

Anyway this cartridge is quite heavy (about 10 gr) with a high compliance of 15 mN that tracks with a weight of 1,8 gr and has an output of 0,4 mV. Step-up or active phono preamplifier?
Well, Kiseki produces no more its mythic step-ups (at least not at the moment) and on the website there is no reference to one or another device, but they say that the load impedance goes from 100 to 47.000 Ohms and that internal impedance is 12 Ohms. The cantilever is made in boron and the stylus has an elliptical shape. 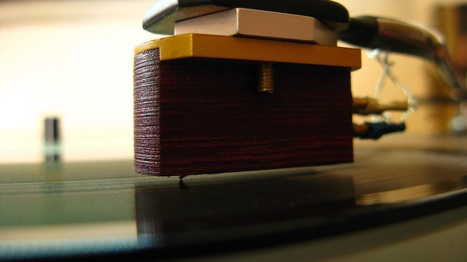 Kiseki Purpleheart N.O.S.
Now it seems that the whole series of the N.O.S. cartridge, and also the Agaat and the Black Heart, have been restored with great delight of the estimators of the brand. But now under the spot light there is the Purpleheart that is available at present only with a boron cantilever.

The cartridge was tested with the following system:
Bauer Audio DPS2 turntable, Morch tone arm DP 6 with Precision Red armtube (I used a Nanotec cable between arm and pre-phono, the PH 2/S of which I refer here below), American Hybrid Technology -P phono preamplifier, line preamplifier Lavardin 6.2, power amplifiers Spectral DMA 50 and Wyred 4 Sound ST 250, the Audio Note AN AN E Spx speakers and the wiring repeatedly cited in my previous reviews.

I have also used a Lehmann Black Cube phono stage because it has the MM input that my AHT does not have and therefore make a comparison with the listening of the Kiseki with a MC phono and the Lehmann as a phono MM with the Ortofon T30 step-up transformer.

First of all the mechanical coupling. Do not use heavy tonearms. The compliance and the high weight of the Purpleheart let the resonance frequency slip down to 8 Hz. To be honest with my Ortofon test disc it was already at 7 Hz with 10/11 gr and I had the swinging between 8 and 9 Hz with the Red armtube of my Moerch that stands for 6 gr of mass. If you exceed with the mass the sound gets muffled. The low range seems to be very extended but it is also monotonous, very controlled and also the other frequency ranges do not benefit from it because and even the high range is backward. I focused on the low range and if you read the review of the Lyra Kleos you’ll understand why I feel comfortable writing that the 10 gr of the normal SME IV O V, or of the Rega 1000 and other tonearms are more than sufficient. What does Kiseki declare? To use medium mass tonearms.

As for the electrical matching, apart from the fancy load suggested, after few tests I preferred an active 100 Ohms load. I also used an Ortofon T30 step-up setting the load at 12 Ohm that is the internal load of the Purpleheart. In my opinion, apart from the load offered by the transformer, I prefer an active preamplifier. The sound does not lose intensity or extension but the upper range is more airy with an active stage. I would have loved to use the “dachshund” (as I like to name the Kiseki step-up) but the return on the market of this transformer is not expected in the next future.

The cartridge alignment is kind of hard with a pivoted tonearm and this because cantilever and stylus work in the middle of a long body that stays very low on the vinyl surface. Do not judge the sound before you have listened to 4 or 5 records at least. At the beginning the cartridge has dynamic compression issues and tracking is not perfect but all this disappears after a while. When the burn in is done the Purpleheart is excellent in the dynamic flow and also the so called “punch” is present and is really thrilling.
As for the timbre I have stated it above: Kiseki recreates Music.

I had the same impression I had with the DAC A1 by Total DAC. I wrote that it was really hard for me to review it since all the audiophile parameters disappeared to leave space to Music. With the Purpleheart I had troubles to separate the low range from the mid range, the upper range from the mid range, the soundstage, dynamics and so on …
The timbre is of rare beauty, rich in hues. The instruments are real and are fascinating exactly because they are so real.

In The Concert for the New year of 1979 on Decca Digital, directed by Boskovski, the timbre of all the instruments is very alive. The upmost high range is less present than usual but the sound is really real also when it comes to the small metallic percussions. The beauty of the upper mid range and the delicate high range give sensations that recall a concert hall; an example above all: the flute, that has an airy sound as it is in a live performance.

I had the same result with the Sacre du Printemps by Stravinski, directed by Maazel on Telarc. This recording is characterized by a higher range that with this Kiseki goes back to normal again. Here too we have a nice timbre, natural sounds, excellent dynamics, a dynamics that in the episode “Glorification of the Chosen One” explodes with the hits of the kettle drums and of the bass drums that do not overcome the orchestra but have a power that endangers the woofers’ safety.

Listening to the “Christmas Oratorio”by J.S Bach in the performance of Gardiner on Archiv, I heard more joy than usual. The dynamics is never sacrificed and the timbre helps you to understand better the score, to actually enter it. To a more critical listening it is apparent that the highest part of the music spectrum is a bit held back and sometimes the mid-low range is a bit stressed, but I had to concentrate a lot to realize it since I was really deep down into music.

But is this Purpleheart omnivorous? Jazz? Yes, please! Songwriters? Of course! Rock music? Yes, yes! With every music genre there is that sense of live sound, the presence of a music stage. I do not know if all this depends from the system to which it was connected but this sensation has not left me not even for a second. Anyway, listening to Brain Salad Surgery by EL&P, not an audiophile record, the volume kept increasing (until my wife reminded me that we live in a condo and not in an isolated mansion).

Also the beautiful double LP “La Fabuleuse Histoire de Mister Swing” a live concert of the 80’s performed by Michel Jonasz, in the song Le Temps Passé, has a powerful low range, it is clear in all its hues, it is swift in the attack and right in the decay. All the instruments and Jonasz’s voice were correct as well. At a high volume I had the impression of being in front of them.

The Kiseki tracks very well; not at the level of the very top cartridges I have recently listened to (Audio Note IO-M and the ZYX Diamond Gold) but I have not felt any strain in reproducing the sound message, also the most tangled one, and surely it goes smoothly with with Decca, DGG or EMI records. Some issues appeared with some Telarc records, with the Crystal Clear in The Fanfare of the Common Man by Copland for an instance, but it was all in the average of same price products.

Some people may think that all the cartridges I have tested lately were fine. Well yes, it is very hard to express with words what ears hear. It is also true that all the prices are relevant, but each one is free to make its own choice. But for those of you that want to have music expression from an open coil cartridge, the Kiseki is probably the right choice.

We are already waiting for Agate and Blackheart to revive and we hope that the distributors will lend them to us for a review.