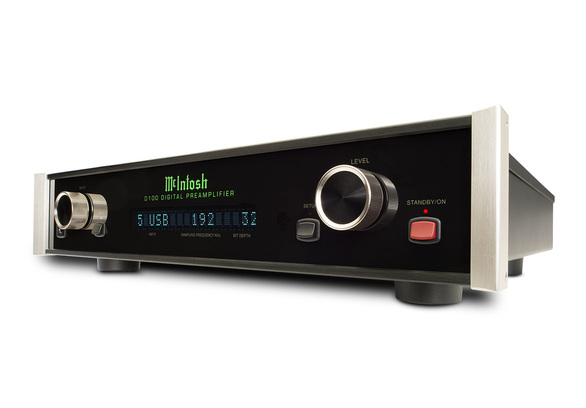 I have always hated those copy&paste articles and I try hard not to do it when I write. But sometimes it’s difficult not to repeat myself. Is there something new that I can say about the McIntosh devices? I do not want to write again what I wrote in my review of the C220 pre amp and MC302 power amplifier and I do not want to repeat what the hi-fi magazines have been writing for over 50 years. But while I am considering all this, I recall the spectacular set up of the McIntosh space during the last Munich High End. A real American room that let you guess how proud they are of their heritage and of their production that keeps on expanding at a very fast pace. I am not talking about devices that replace other devices, I am talking about new electronics that continuously enrich their catalogue. McIntosh products have a long life and have a good market value. Used McIntosh devices can be sold easily unlike used stuff of many other brands. Go and check their catalogue on the website to see how complete it is. You will find for example McIntosh cables, iOS and Android Apps to listen to music in streaming or to give a “Mc look” to iTunes. There is even a room correction system that is also a two way crossover. Well, if you love the McIntosh look and you have some money to invest you can easily assemble a full McIntosh system, from a power controller to the loudspeakers.

I must admit that I love these devices. They have a unique look that makes them recognizable even in the darkest corner of a room on a movie scene set, with some famous actor acting: the black glass front panel, the green lighted brand, the light blue vu-meters. Blue and green, two colours that may not seem so compatible at a first thought but that in this case are the trademark of a brand with an undeniable and timeless charm. The difference from the modern McIntosh electronics and the old ones is really subtle and in a virtual window with new and old devices they’d look very similar.

While listening I wondered what would have thought Frank McIntosh and Gordon Gow if someone had told them that their enterprise would have produced - in the future - electronics that were able to turn numbers into music.

The D100 - defined the “2-Channel Digital Preamplifier” - is a digital to analog converter but it has also characteristics that can make it the core piece of your system if you want it to be basic and want at the same time a good sound and a nice aesthetics. It has 5 digital inputs: 2 coaxials, 2 opticals and 1 USB. After the conversion, the signal is available for double outputs (balanced and unbalanced): one fixed and one variable.
The latter must be used with a power amp and its volume can be controlled also from the remote. On the front panel we find a headphone output that we will test during the listening.

Well, let’s proceed with order: the front panel from left to right has a standard headphone output (6.3 mm), the knob for the digital inputs selection, the mute button (to be used while listening with the headphone because the jack does not mute the DAC output), the display that shows the input in use and the sampling frequency of the files, the set up button, the output volume knob, and the usual McIntosh red button to switch it on/off.

The back panel has the IEC port for A/C, the inputs and outputs to connect it to other devices, the USB, optical and coaxial inputs, the unbalanced and balanced output that are both fixed and variable.

The D100 is extremely simple. For the set up all you have to do is decide it you want it to automatically switch off after 30 minutes or not and set the display brightness.
The user’s manual will help you to program your computer in order to make your system play at the first attempt, without any hurdle and you can believe me since I am very clumsy and I did it! In just a few minutes you’ll be able to listen to your stereo system without any hassle. 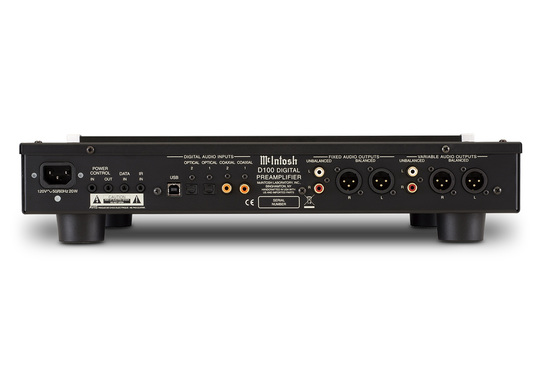 This DAC accepts up to 192 kHz on 24 bit. I imagine many of you saying “that’s it? what about 384 kHz? and DSD? Niet … nada … niente. Only up to 192. I understand that this might be a limit but when I ask where I can buy DSD files or files with frequencies higher that 192 kHz I get only enigmatic answers. Well, there is something available and I got it too but at the moment it seems to be something more useful to test DACs than to really listen to music. Moreover, costs are still very high and download times are extremely long. Sometimes I wonder if our hobby is listening to music or it’s the quest for the highest numeric performances as it is with computers. For all those that use the computer to work this issue shouldn’t be important and the same thing applies to DACs and PCs to listen to music. We want to have the highest possible resolution but almost everything we listen to is 16/44.1 while - if we are lucky - we find remastered analog music at 192 kHz. The rest belongs to the future. It took a while to stop asking friends that had a new car how fast does it go after the speed limits became law, let’s see if for the digital they’ll remove limits or if we’ll stop worrying about sampling and we’ll take into consideration more important and interesting aspects. 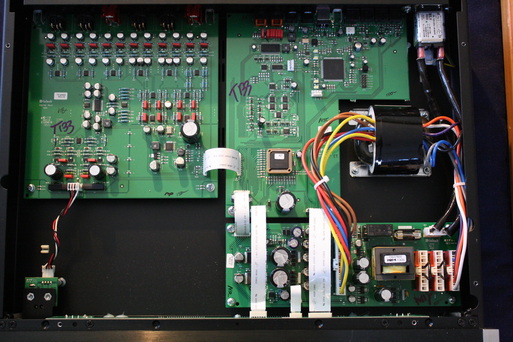 I have used for the first listenings the PC as a CD player connected with the USB cable to the D100. I have switched afterwards to high resolution files. The first CD is the “Officium” by Jan Garbarek with the Hilliard Ensemble (ECM). The beautiful atmosphere of this music is not damaged by this DAC that on the contrary seems to make more mellow the sound of Jan Garbarek’s sax. The four voices of the British group, that I have listened many times in live performances, are all well defined and sound free and airy in the Benedictine Priorat of Sankt Gerold in Austria, where this performance was recorded.


Next listening is the CD “The Creation”, a composition by Haydn performed by the Chor & Symphonieorchester des Bayerischen Rundfunks directed by Bernstein (DG). Dynamics are ample and the variations are followed timely by this DAC. The orchestra is large and deep and the choirs seem to expand beyond the side walls. Voices are very pleasant and coloured but are not annoying.

I listen to “Kind of Blue” by Miles Davis (Sony Music Legacy) and my foot start to keep the rhythm of Jimmy Cobb’s ride cymbal. This cymbal seem so real with its typical metallic sound. The double bass is correct and pleasant, maybe a little bit lighter than usual in the low keys. It’s a characteristics more than a defect, I’d say. The phrasing of the two saxes is evident upon the rest of the music as it should always be with soloists instruments.

But now it’s time to test the high resolution files. The first file is Braham’s Second Symphony directed by Marek Janowsky, the resolution is 24/88.2. This recording, that I have also in SACD, is a typical Pentatone, with a mellow sound, pleasant and rich in colour marks that delight the ears always respecting the correct sound of the big orchestra. Each detail is taken out from the groove … well no, from the compact disc … no, from the FLAC by the D100 that recognizes straight away the sampling frequencies that the PC sends. While I scribble my notes I enjoy this music composed by one of my favourite classical composers. Going back to technical details I wonder why this recording can be purchased in the format 16/44.1 or 24/88.2 in some websites and in other website the same Pentatone file is available in the format 24/96 and 24/192. As usual, confusion is everywhere and I think that a regulation is necessary. I try not to think about it because I do not want to ruin my mood and I keep on listening to the very good performance of this D100.

I know that it does not support more than 192 kHz but I want to test it. I play a DSD file and the DAC suddenly stops playing. I try to play files with a lower resolution but the DAC is still mute. IT mysteries … what else for God’s sake! I act as if the DAC was a computer, I turn it off and on again and everything is reset to its normal state.

The headphone output is very accurate. My old and faithful AKG K430 has 600 Ohm of impedance and it’s not easy to drive it but this DAC has no problems.

You probably guessed that I liked this DAC. It’s a device that is simple but plays good music in a simple way.

This appliance is dedicated to those that love McIntosh and want to have a DAC perfectly integrated as for the aesthetics and also 100% compatible with the other devices. It is suggested to all those that want a simple system without pre amplifier - but if possible buy one! - to those that want to enter into the McIntosh world and its sound with a device that does not cost a fortune … by the way, this device has a listed price of 3.600,00 euros but there is an offer and its price is lower than 2.000,00 euros at the moment. At this price it’s really a shame not to buy it.

Just one advice: this is not an electronics for compulsive audiophiles. When you switch it on, you immediately realize that, like all other McIntosh devices, it gives you a sense of calm and peace and a sense of self confidence that makes you stop fiddling so you finally sit down, sip from a glass a good liqueur and listen ... 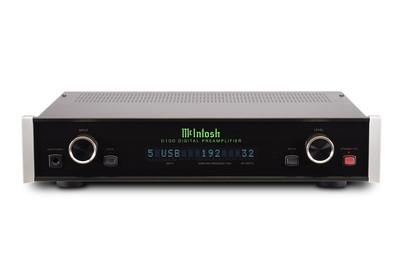 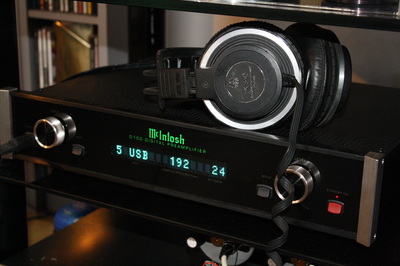 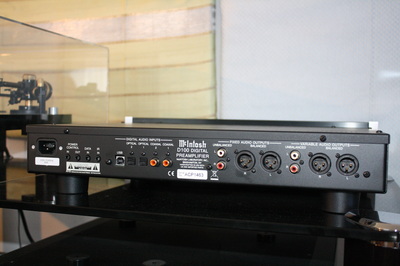 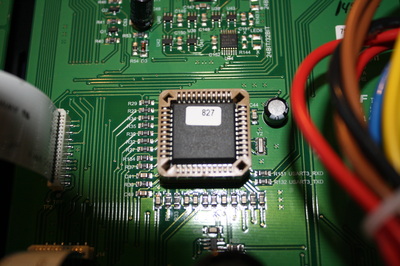 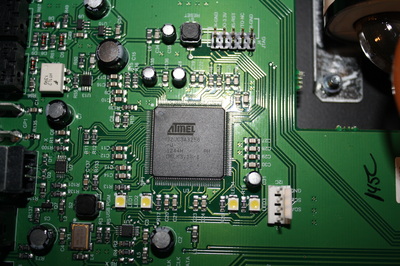 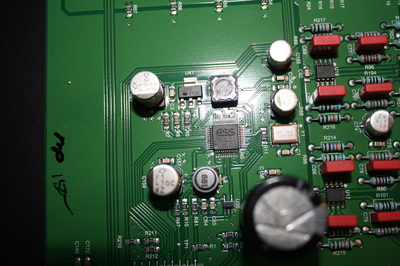