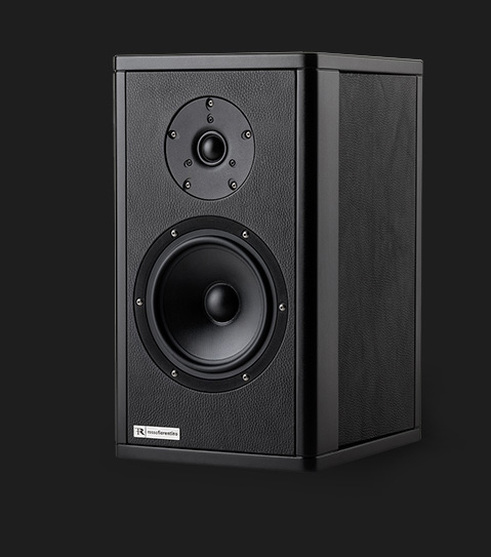 Why Rosso Fiorentino? Is it because it has the same initials of mr. Rubenni Francesco, the owner of the enterprise? This is what I thought but it is not so. It’s just a lucky chance.

We need to start from the beginning and introduce the characters: one is Giovan Battista di Jacopo di Gasparre a.k.a.Rosso Fiorentino. He was a painter from Florence that went abroad to seek his fortune. He went to France - Fontainbleau - at the court of Francesco I.  The other is Francesco Rubenni, a fan of this artist and also the owner of Rosso Fiorentino, the Company that was named after the painter.

But who is Francesco Rubenni? He was born in 1973 in a family of musicians and graduated in electroacoustics in England. Well, once in a while we have a designer that knows what he’s doing and not someone that hopes to be lucky and get a good result. Rubenni knows what he’s dealing with and has the right expertise to design acoustics for the listening environments and he is also a sound engineer. He has recorded a CD that I often use as a CD test during my listenings. I was present at the recording that was made during a live concert of the “Moro Quartet”. I do not know if the CD has ever been put on the market but I think one can buy it on their website. It is one of the most natural recordings that I have ever listened to and I suggest it to everyone. It is a beautiful example of a successful mix between jazz and Italian pop music. 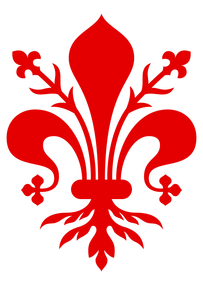 Back to Rosso Fiorentino now. It was established in1996 in Florence and it is still located in the outskirts of the Tuscany city. The owner is very proud of it and every time he has the opportunity he restates that his products are entirely manufactured in Italy. The firm has expanded and now has a listening room designed for the maximum acoustic performances, both for live and reproduced music. Here you can find a short but interesting description.

We are going to test one of the latest products of RF and the first, as for the price, of the entire production. We know quite well all the different products because we have listened to them during the Audio shows in Europe and also in the listening rooms of the Italian distributor Audio Graffiti, that has its headquarter close to Milan. The loudspeakers’ name is “Giglio” – Lily - and to our readers I want to remind that the lily is the symbol of the city of Florence. 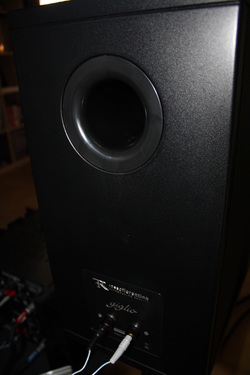 You probably know by now that I do not like small loudspeakers but in the manual of the good reviewer it is written in capital letters to forget about your personal preferences. You have to walk in everyone’s shoe and think about all those audiophiles that have a little room in their houses or like a sound that is not complete as for the frequency response but has characteristics that make it fit for one specific room.

So, up with small loudspeakers and let’s get to work!
Giglio is part of the Classic Series and it’s a 2 way medium-small stand mounting loudspeaker. It is available in two colours: black and white. It has a simple but elegant design. Its sides are covered with finely embossed eco leather. The shape of the loudspeaker is that of a trapezoid and the front panel is larger than the opposite side, so that you have the optical effect of inward side panels. The aesthetic result is very interesting.

The two drivers, a 165 mm coated fiber glass woofer and the 25 mm soft dome tweeter have a clear scandinavian origin. There’s a rear ported reflex. Sensitivity is 88 dBs while the frequency response goes from 50 to 30.000 Hz. Internal wiring is good quality Van Den Hul, while the connectors, both for spades and banana plugs, are in pure nickel free copper. Each loudspeaker weights 13 kg that is a lot considering its dimensions (42x24x29)

In the three following pictures you can see Mr Rubenni that shows us the drivers taken from a Giglio loudspeaker. 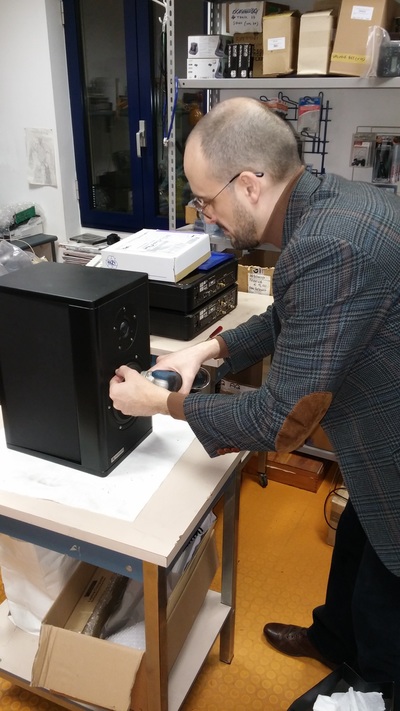 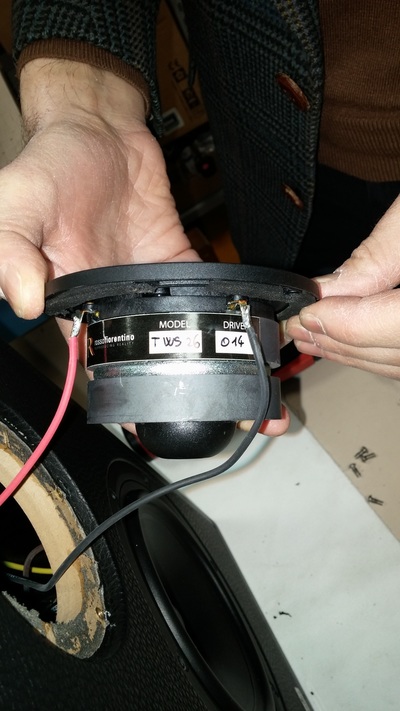 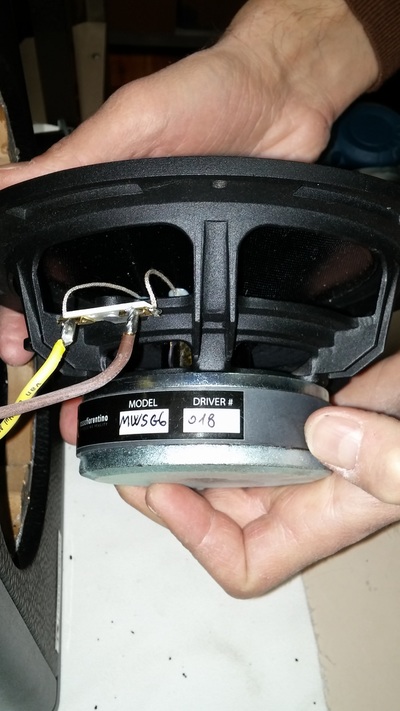 We are talking about a small loudspeaker and we suggest for it a good quality stand to give it the right support.

The first test is demanding: Brahams 4th Symphony performed by the Wiener Philarmoniker directed by Carlos Kleiber (CD DG). The orchestra’s sound is “big” and fills the room in a authoritative way. The compression caused by the small loudspeakers is not annoying at all. If we do not have timpani in a 1.1 scale, we have a sound that is pleasant and credible. There is a hint of colour in these Giglio that recalls the sound of the early Sonus Faber, the same Sonus Faber that many audiophiles still buy used and are ready to pay a lot of money for.

The vinyl by “Oscar Peterson & Dizzy Gillespie“ (Pablo) is one of those records that all the music lovers should have. It’s incredible how one can play Jazz with such a rhythm that you want to follow it with all your body even if it has no rhythmic session. If Peterson stomps his foot there’s no need for drum and bass. This is what we call genius and when the geniuses are two we have a masterpiece. Well, Pablo Records of course has some merits, in fact the recording is absolutely fantastic.These Giglio reproduce it with decision and kindness the trumpet and the piano, and their performance is convincing both under the dynamic and the harmonic profile.

The deepest keys of the piano are not swollen in the mid low range and have a natural decay in the limits that the small woofers set. If they can’t reproduce the lower fundamental notes, they compensate with good upper harmonics, giving a great sense of presence.

Another record that I consider a must have is “Guilty” (LP CBS), in which Barbra Streisand sings the beautiful music by Barry, Robin and Maurice Gibb (The Bee-Gees, but who does not know it?) and sings also two beautiful duets with a wonderful Barry Gibb. The outcome is really interesting, the small Rosso Fiorentino are a nice surprise especially as for the voices and the mid-low range. As we thought, the deep low range is not present and the high range is pleasantly smoothed. The extension of the high frequencies is not among the best, maybe because of the attenuation of the tweeter but the air around the voice of the American singer is noticeable. We never have the impression of having a veil in front of the speakers.

With our hi-fi systems we have to listen to any kind of music. It is not enough for them to be beautiful. I choose from my shelves “Bursting Out” by Jethro Tull (LP Chrysalis) a more than nice live recording. The Giglio reproduce the English band very well and in a way that is very close to the typical 70’s live sound. If you give them a nice doses of Watts they play loud and with a hint of welcome badness in the mid range. Well, I keep on listening to the record until the end of the concert and I do not regret too much my two big JBL’s.

Time to listen to an old vinyl record, “Frank Sinatra & The Count Basie Orchestra” (Valiant). It is one of those recordings in which the voice is in the centre and the instruments are positioned at the two sides. But as it was customary at that time the sound is beautiful and natural. It’s a real Big Band sound as only the American Sound engineers know how to record. The soundstage is perfectly rebuilt; then the Giglio reproduce with grace the sound of the double bass and with precision the sound of the snare drum and of the cymbals. Sinatra’s voice has no competitors even when is reproduced by a small smartphone speaker. It is warm and rich. Its presence is really strong also when it is above the “fortissimo” of the Big Band. It is an original 1963 recording and it has a dynamics for that time that is admirable.

The other night I was at the theatre. The Verdi Orchestra of Milano had in program “Also Sprach Zarathustra” and the “Till Eulenspigel” By Strauss. The execution was perfect, with a dynamics and a sound impact that lifted the audience from the seats. So could I not listen to this piece today? It is on Decca. It is a performance of the Wiener Philarmoniker directed by Von Karajan.The recording dates back to 1959 but it has beautiful dynamics excursions not so common at that time.

The small Giglio, when the volume is loud, have the predictable tendency to compress a bit, while the soundstage is deep and credible. Admitted, with an A as a mark! The strings seem sometimes a bit less brilliant than usual.

In a nutshell, the sound character of these Giglio is smooth and warm but never too soft or out of control. It is a sound that you can listen for a whole day and that will not annoy you. After so many years of hard pounding music due to resounding metal domes, the return of fabric domes must be celebrated.

The price of the product, 1.580 euros, is competitive. And if you consider the product with its Italian hand crafted production, the finishing that is equal to a design product, the good quality of the components, the price is cheap.

Moreover, this brand has been on the market for quite a long time, enough to be considered important, solid, and worldwide appreciated.
And the sound is really good, yes, very good and this is the main thing.

Listen to them and you’ll agree with me.
Another Made in Italy item to be proud of, in a small, but for us very important, market. 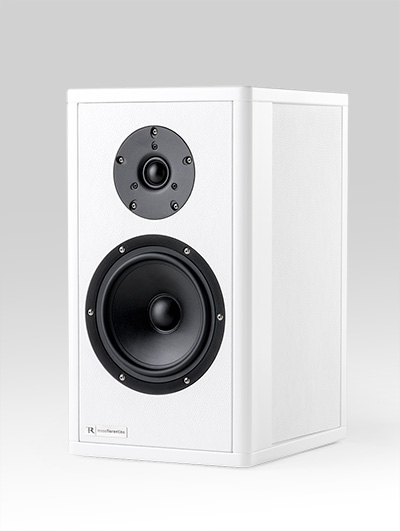 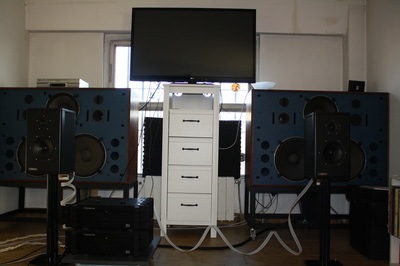 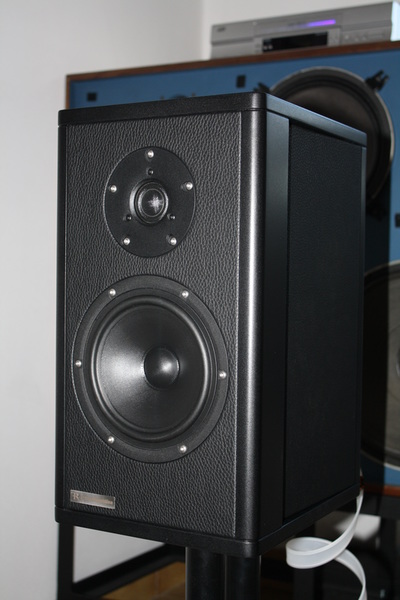 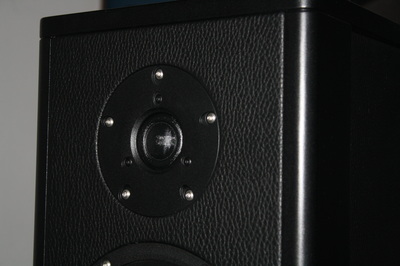 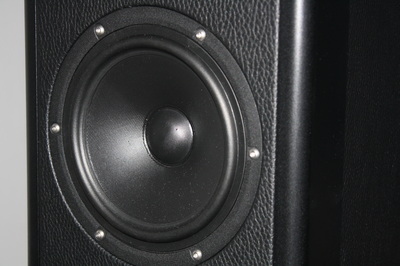