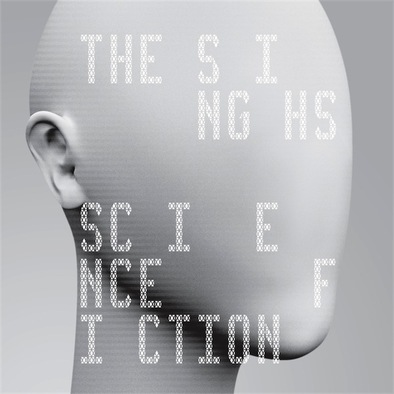 
Not long ago, in Audio-activity’s mail box I received a message from a PR company based in California. It was about a new record by a band from Boston that was ready to be released; they asked if we were interested in reviewing it. I answered yes even if I was not very convinced. The reason for my hesitation was that lately I haven’t found interesting clues in music or performers especially in pop-rock music. Everything seems to be trite, there’s nothing - or very little - new.

A month passed and I received a small package with the vinyl Science Fiction by the Singhs. I was really impressed by the manufacturing of the record that is a double 180 gr vinyl recorded at 45 r.p.m.

I got really intrigued. I listen to it and meanwhile read the presentation.
I found out that the record was produced by Tony Visconti (David Bowie, T,Rex, Moody Blues, Morrisey, Thin Lizzy, Paul McCartney and many more). Well, something was telling me that this record was really worth listening and I wanted to know more about this band from Boston that got together in 2001 and made up of important musicians.

This is a record that deserves more than one listening and that at every listening reveals very different hints that come from different periods; it’s an interesting challenge to discover all of them …

The advantage of not being very young lies in the fact that I have experience. And my experience spotted echoes of David Bowie in Heroes and Lodge, then a pinch of Siouxie and the Banshees post-punk with a recall to the Kraftwerk and their synthesizers. Their voice is light and rock and there are choires that are far away from those annoying singsongs that are so popular today.

The result is a record that can be listened to in one gulp and that is never taken for granted not even after many listenings. The musicians’ technique is great. The recording is very “rock” but at the same time of a very high quality and with a frequency response very extended, with a clear and deep low range.

It is absolutely recommended.

By the way, the prices of the different available versions are really inexpensive. The record is available in vinyl, CD, Mp3 or in looseless format on the website http://www.thesinghsband.com/


You can find here a video with a song from this album to let you know what we are talking about:
Testi e grafiche di questo sito appartengono al proprietario e non possono essere utilizzati senza autorizzazione scritta.
All contents and graphics on this site are copyright and can not be used without permission.
Audio-activity è un marchio della MGP Srl - PI 01839210158