ZYX Omega Diamond
A listening of absolute quality, for few elected ones … 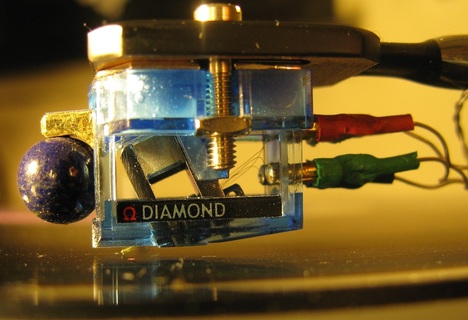 Holy cow! What a lucky shot to have the chance to listen to this cartridge that costs the same as a medium size car. And when you are so lucky you want to share your lot with someone else, and so here I am writing this review.

The Japanese brand ZYX offers a wide array of cartridges. The Bloom, that is an entry level and costs around 1300,00 Euros, and all the 100 Series with copper or silver coils, the 1000, to finish with the Omega of which the Diamond model represents the top of the catalogue.

The Omega Diamond uses the traditional positioning of the Real Stereo coils and undergoes the cryogenic treatment at -196°C. Its body is partially opened on the sides to limit the return of vibrations. It has a diamond cantilever (from which its name) and the stylus has a Micro Ridge shape that is really small. The sphere that is located in front is movable and is a lapis lazuli; its function is to lower and stabilize the barycenter of the cartridge body. The back pins are not gold plated but are pure gold. The upper surface has a metal plaque for a better match with the arm shell. Its weight is 7.8 gr that together with its average compliance (15 horizontally and 12 vertically) suggests the use of medium mass arms around 10 gr. I mounted it on the Red tube of the Morch that supports it correctly and makes it work rightly.

As for the electric interface there is no need for an external step up, because its output is not very low (0.24 mV at 3,54 cm/sec); I have used my American Hybrid Technology active pre amplifier with a 500 Ohm load that I have used with all the ZYX that I have tested. Impedance was not dampening the dynamics of the cartridge and allows a very linear frequency response. 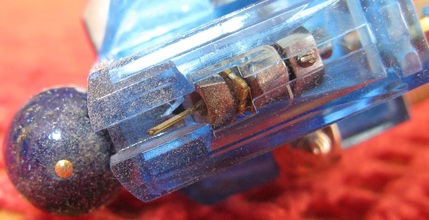 The right alignment is not an easy task. Its shape makes it hard to see where exactly the needle goes and the sphere is quite big and hides the cantilever. I have used the very useful Dr. Feickert  alignment Protractor to set it right.

Playing weight is 2 gr. This is the medium declared weight by the manufacturer and I have taken it as it is. Absolute parallelism: no kidding here. When you are dealing with products of this level you have to make them play at their best.

It’s easy to mount it on the tonearm because the nuts you see in the picture are part of the stylus, therefore you just have to fast two screws. There is also a removable protection for the needle that is not easy to move but that makes you feel safer during all the set up.

This is a very expensive device: 24.500,00 Euros is the price of the Italian distributor. No observation regarding the price, top level cartridges have a jewelry price and for me it’s really hard to judge it.

Well, all those that can afford it will go for it and all the rest will somehow envy them! For me it’s been a very hard set up considering its price and I have taken all the necessary precautions to do it safely. Once done everything I have checked all the components: turntable speed: correct. Playing weight: correct. Phono pre amplifier, pre amplifier and power amplifier are on. All I have to do now is choose the first record. 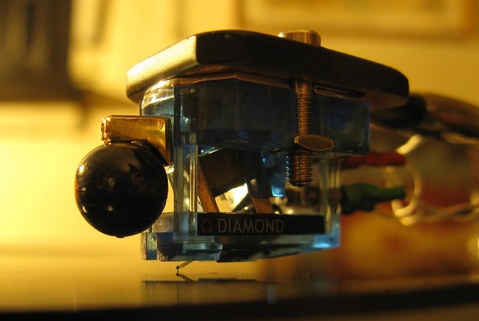 I skim through from A to H and I decide to pick G.F.Haendel: Music for the Alceste, Academy of Ancient Music with soloists on Oiseau Lyre. I decide to start with a gentle and mellow song, The Gentle Morpheus, sang by Emma Kirkby that I do adore. Her voice is beautiful, well reproduced, with some flaws in the emission but with immaculate acutes, her famous acutes. The accompaniment is only strings: violins are opened but never sharp, well placed in the scene. The lower strings have a sound that is very close to alive sound, powerful, deep but without annoying traces that make them boring. They are also rough as they should be. The sound of the double bass is substantial but correct. The timbral balance is impressive and reading the list of the instruments present during the recording - Oiseau Lyre is very accurate as for the details - you have the sensation that the sound in the reality would have been exactly the the same. The sound stage is typical of the ZXY, well distributed and wide. It is true that many times it is the sound engineer that recreates the sound stage but with the Omega Diamond, when it is present and has been introduced in a credible way, the sound stage is well reproduced: not too deep, not too wide … just right.

As for the second listening I choose J.S.Bach, Cantata BWV 78, Philippe Herreweghe on Harmonia Mundi. It is a performance that I recommend especially for the duet soprano/contralto “Wir eilen”. In the choir at the beginning there are horns that I must admit I had never heard before. The details that this stylus shows are very numerous, none of them is in evidence, they are all perfectly melted together. It is in the most difficult moments that this stylus shows all its talents: all the details are present and there is never confusion, there is no uncertainty in the dynamics that is very natural. The difference among the two channels seems to be minimal; in fact the instruments are very well distributed on both sides of the stage. In the aforementioned duet the voices are rightly positioned and are as wide as it is in a live performance. Natural and real are the double bass and the cello, once again well distributed in space. I had already mentioned this recording in another review, that of the Decca cartridge. I had referred about the  change of position toward the right of the voice of the tenor while pronouncing certain letters … this phenomenon did not happen with the Decca and does not appear with the ZYX. Small details that make the difference.

I choose to listen to something more demanding. Pictures at an Exhibition by Mussorgsky on Telarc directed by Maazel. This recording has a good dynamics and a nice sound stage, the timbre of the woodwinds is realistic but there is a certain loudness effect in the deep low range that not even this Omega Diamond can erase. Anyhow, all the sounds in that part of the music spectrum are perfectly distinguishable in a homogeneous mix. In the final part, The Great Gate of Kiev, usually the strings almost disappear, hidden by the brass instruments and the percussions; but not with the Omega Diamond. It is exactly in the most difficult and complex passages that this stylus shows its attitude. Nothing is ever left aside and the tracking is always very precise. Everything is very understandable. It is a performance that has surprised me and that has reminded me of the Lyra Olympos, or the Air Tight Supreme and again the Goldenote Tuscany, each one with its characteristics.

Listening to the Suites by Gustav Holst on Telarc is a hit for those that are in their fifties like me. The hits on the bass drum  are very swift in the incipit and slower in the fading. The colour of the wind band is very rich in hues. There is a certain stress on the top frequencies that is typical of this recording. But, as I have said, the Omega Diamond, is a cartridge that does not hide or change what is written in the groove.

Ein Heldenleben by Richard Strauss on DGG, directed by Karajan - and I am referring to the original vinyl and not the more recent copies issued - has dynamic limits that are typical of the old recordings but with this stylus the tonal palette is very beautiful and very real. Once again it is very easy to follow the most complex parts that are reproduced with great ease for those that are listening. The sound stage is recreated without annoying and unpleasant empty spaces.

This Omega Diamond is able to manage even the most wide dynamics with great ease, and with the same ease all the complex sounds are reproduced in an amazing way. Well, it really seems that there is nothing that this stylus cannot do. Everything is reproduced with great attention to the smallest detail.

I am not satisfied until I put it through the mill. It’s time to listen to Daphnis et Chloe by Ravel, a hard test indeed. The performance by Maazel on London label is realistic, both for the timbre and the dynamics. What impresses with this Omega Diamond is the fact that every instrument maintains its identity, its decay time so everything seems really natural, just the way it should be. Microdynamics is really amazing too. This time the presence of the single instruments in every section that for few seconds prevail on the rest of the orchestra is very clear and audible. And this is something that typically happens in live performances. The Omega Diamond reproduces these episodes with great simplicity and clarity.

This ZYX reproduces what is in the record, and if the record is badly recorded the stylus will reproduce it exactly as it is.

Listening to the first LP by Emerson Lake and Palmer is quite shocking. I knew the recording was not perfect, but that it was so awful I had no idea! There is almost no dynamics and it gives a sense of suffocation but the stylus reproduces exactly what it’s in the groove, with precision and exactness. With Wish you Were Here by the Pink Floyd, a recording is of a superior quality, the result is appropriate; Gilmour’s guitar is in evidence with this stylus and all the smallest details are in the right place.

I listen to Give me the Night by George Benson and Synchronicity by the Police and the outcome is always at the highest levels. This stylus is able to take you straight into the recording studio!
Its precision makes you forget that you are listening to recorded music; all you have to do is relax and listen.

I have used for this review the same system that I have used other times. The DPS turntable has now a Morch DP6 tonearm on which I have mounted the ZYX. Amplification is Spectral, Audio Note, Bryston and I have added a small NuForce and my second amplification by Olimpia Audio. Cables? Well, NBS, XLO, YBA and then I have added Nanotec and (power and signal) a Precide ACE (power) and a new cable that can be bought only online - AS DS brand - that has a good sound.
The cartridges where the usual I use, with the compliancy of the owner of the Olympos Lyra that lends it to me each time I ask.

Well, in conclusion. A wonderful stylus that is very expensive for sure but that is very different from other medium-high range products. Its sound is always natural and for this characteristics it will not appeal at the first listening. It’s something you have to digest but it’s also something that you’ll keep on looking for in other products. If you want to know what’s in your grooves and you can afford it, this is the right item for you.