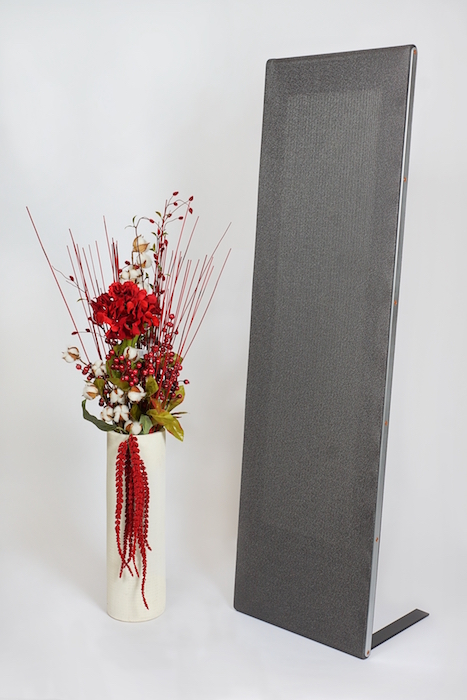 Forward, towards the past…

Yes, it’s not a mistake, forward towards the past.
The past that created the myth Magneplanar.
The past in which one day, entering a shop in Milano, I found a couple of Tympani of which I had read a lot but never had the chance to listen. I spent the whole day charmed by the 6 panels divided into 2 groups of 3, driven by an Audio Research tube power amplifier.
The music they emitted was equal to nothing I had listened to so far. The sound was complete and listening was easy.
So I bought a couple of MG II since the Tympani were too big for my room.

​Listening to these 0.7 I had the sensation of a return to the past. The series 6 is different from the series 7, this is my opinion at least. I spent a whole afternoon listening to a couple of 1.6 and a couple of 1.7 and I realized that the brilliant sound of the 1.6 gave pace to the magic sound of the 1.7 … a sound typical of the old series of Magneplanar with all the enhancements made in the meanwhile by the White Bear Lake Company. 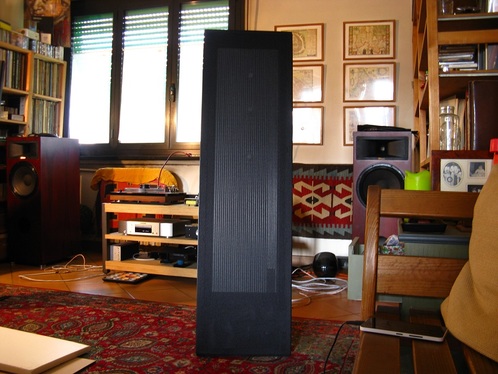 These 0.7 are very nice, thin, not too tall - but high enough to be taller than the ears of the listener when sat on a chair or on the sofa - and with a simple finishing - I had the black fabric version.

The sides have a simple metal strip of the same colour of the L-shaped supports that characterise the small Magneplanar. The connections for the amplifier are the standard Magneplanar binding posts, with the screws on the side - not easy to reach but very efficient.

There is no bi-wiring but it’s possible to attenuate the high range with a resistor that comes in the box. Anyway, these 0.7 are not aggressive, therefore the additional load is not necessary.

The loudspeakers are quite heavy and to carry the box that contains both is better to have an extra help.

Just a few data. The declared sensibility is the usual 86 dB 1W/1mt. The maximum power is not specified and the frequency response is from 45 to 24.000 Hz, +/- 3 dB. In the user’s manual the positioning is suggested at 90 cm from the back wall, and then they say to move back and forth the panels until the bass is correct. Then you have to aim the panels towards the listening point, the user’s manual suggests to position them slightly slanted and not parallel to the back wall. Once that spot is defined you have to move again the panels in order to find the best possible soundstage.

The best suggestion I can give you is experiment. Tweeters inside or outside? Experiment it in your house, it’s the best way to find out.

In my apartment the Magneplanar 0.7 were positioned at 1.20 mt from the back wall and 50 cm from the bookshelves on the side walls and with a couple of meters between them. The tweeters were external and they were aimed towards the listening point.
​I have tried to position them 2 meters away from the back wall but the sound remained the same. 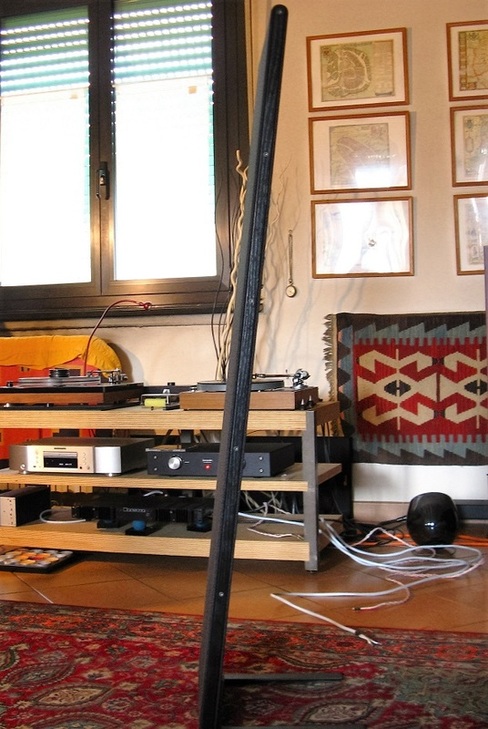 As I said before, these 0.7 have a smooth velvety sound that does not hide what they are playing. Usually a smooth sound is without high frequencies but this is not the case. With these panels the top range is present but not too evidenced. I’s slightly softened but the nature of the recording is respected. The low range is not extended as that of the bigger models but it is not bad at all.

I listen to the Fratres by Arvo Pårt on Naxos; it is apparent that the bass drum beats are less deep than usual but the soundstage is really impressive, correct and big. In fact with a less present tweeter, the sound source is not so clear and therefore the soundstage results bigger.
The mid and mid low range in evidence help to highlight the wood box of all the small strings, in this way the result is closer to a live concert.
The acute keys are not in evidence but the result is not bad at all, especially if we think about the price of these loudspeakers. 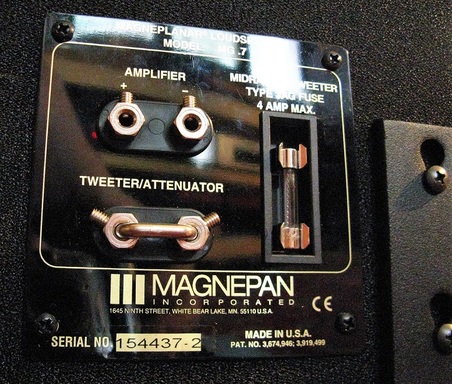 The issues - if we can call them issues - are given by the small membrane that sometimes cannot reproduce correctly the big orchestra. I noticed it in the Sacre du Printemps by Stravinsky on Decca directed by Dorati or in the final part of Tosca (Caballé and Carreras directed by C. Davis, Philips). Here the beats of the bass drum highlighted a detachment between the powerful bass and the higher range that seemed a bit backward. I must say that due to the panel dimensions it was predictable. Anyway, to evidence this issue the volume must be really high, at a normal  volume the sound is fluid also with big orchestras.

The recordings that have put these loudspeakers in the strain at a low volume are the Départ by Rihm (DGG), the Miserere by Part (ECM) and the Pines of Rome, especially those of the Appian Way by Respighi on Decca.
Nice and natural are the timbres of all the instruments. It is easy to recognize each of them, also the timpanis. The bass drum this time was less clear than usual. 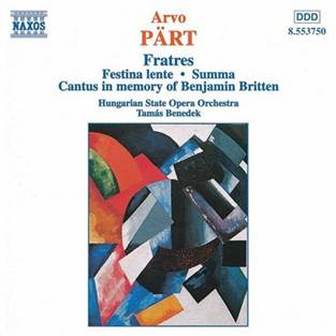 As for the rest listening to Kind of Blue by Miles Davis or other recordings of the same time, it has been a real pleasure. Natural sound, good dynamic range both with a vinyl record or a CD.

Voices are reproduced correctly. The recording included in the LP by Oiseau Lyre “The Play of Daniel” sounded natural and well positioned on the stage.
​Also the resonance of the recording environment, thanks to the height of the sound pattern of these loudspeakers, give the impression of being at a live concert.

I had the same impression listening to the Vespers for the Blessed Virgin by Monteverdi  on Archiv and Music for Alceste by Haendel on Oiseau Lyre.
The soundstage is very wide. Some people may object that the soundstage with certain instruments may not sound real. I assure you that if the panels are positioned well and the recording is of a good quality this does not happen. Jacob Lindberg’s lute, recorded by BIS, with the compositions for lute by Bach gives me the proof, in fact the instrument has the correct dimension.

I have recently learned about the death of Keith Emerson and as a tribute I listen to all the EL&P discography with deep feelings. These Magneplanar 0.7 have shown how compressed the first LP was, while Brain Salad Surgery was not. Listening to Benny the Bouncer has been a real pleasure for my ears.

As you probably have guessed by now, these 0.7 are good loudspeakers. They do not reach 20 Hz but it would be like asking for the moon.
Their sound is a bit warm and there is never too much emphasis.

Two warnings before I conclude. The first one is about the declared efficiency that seems to me to be too optimistic. The power needed is quite high; the Bryston 2B-LP power amp that have 100 W for each channel, with the Maggies seemed to be not powerful enough and the overload leds on of the power amplifier glowed sometimes.

The same thing happened with the 1.6 but with higher SPL.
The Wired-4-Sound power amp that has 200 W for each channel had a better performance.

It seemed to me to go back to the small Stax that were really hungry for Watts.

The second warning is about the feet of the Maggies. The loudspeakers sound better if you keep them perpendicular to the floor, no backward positioning. Magneplanar proposes, as an option, the plexiglas feet that makes the price more expensive.
A trick could be to put something under the feet in order to reach the position in which the panels are more steady.
The soundstage will enhance together with the high range.

If your budget is enough to buy the 0.7, be advised that for a similar price you can buy also the Mini Maggie System, reviewed here. The MMS has a better sound in the high range but does not have the same sound stage and the same velvety sound of the 0.7.
Well, the choice is up to you.

The overall result is good and the value for money ratio is very good. It is not easy to find something that takes you this close to a live concert music sound. The soundstage of these 0.7 is so good that you’ll have the impression of being in a concert hall; and this is a good reason in itself to buy them.
​Add to this a correct timbre, a good dynamics and the description of these panels is all set.

Magneplanar proceeds on the road of success...