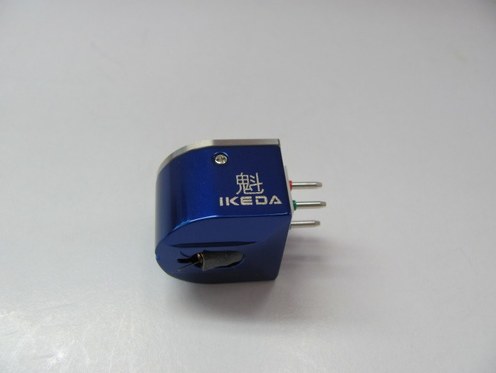 Beyond the high/very high resolution files, encoded in PCM or DSD, computer softwares  and their settings, USB cables and converters (and of course each one of these elements seems to give his character to the sound), still survives - and indeed, it seems in good shape, as we have just seen at the Munich High End Show - the old analog sound. The managing of an analog setup has now lost the disadvantage of greater complexity than the digital. Yes, because if you want something different than the usual CD/SACD player, your worst nightmares will come true and you will multiply endlessly variables, without being able to understand if you are listening to your system to its fullest potential or there is something more to do, to reach the Nirvana of sound.


Setting up a good analog source can be less complicated, actually. A good turntable, not necessarily too expensive, may require a correct leveling and nothing more. The setting of the tonearm is easy: you adjust the VTF according to the cartridge manufacturer instructions and VTA. A good template for the cartridge alignment, a brush to clean the vinyls and you're ready. The rest, as a record cleaning machine or other accessories, is useful but not essential.

With the analog we can even get an economic benefit, regardless of the purchase cost of the equipment. We can buy used vinyls starting from 1 Euro, while the high resolution files, if you do not steal them (illegal download), are usually expensive. It's true that you can find the CDs at very low prices but the listening pleasure can not be compared to that of a good vinyl. The old system with a stylus in a groove, can still prevail.
That's because a new IKEDA cartridge, came to our hands.

After the 9TT and 9TS reviews, we were missing only the new KAI, defined by IKEDA "Flagship". Indeed, the KAI is currently the top model in the range of the Japanese manufacturer. Reading the two previous reviews, you'll notice that we reported  quite different ways to sound for TT and TS models and we found a "family feeling" less evident than we expected. It seemed like the designer was trying his own way in search of a sound, not yet fully achieved. So, now we are really curious to listen to the latest IKEDA effort, which may hold some surprises. The first two models are able to fully meet the requirements of a huge part of the analog fans; about the KAI we will say today.

The aesthetics of the KAI is very similar to the other IKEDA cartridges; simple, smooth, rounded on the front and with the printing that identifies the model on the left side, so as to be visible on the outer side of the tonearm.

The output level is adequate for those who own a high gain phono stage, and will not force to use a step-up. As you know, I usually don't recommend the use of step-ups, if not justified by special conditions. It's obvious that if you have a low gain phono preamplifier typically a tube one, you will have to use transformers, thus adding to the sound path another couple of interconnect cables, additional connections and hundreds of meters of wire wound on a core. So, I stilll have my idea that, unless absolutely necessary, you should avoid the step-up. The 68 dBs gain of my phono preamplifier Einstein's The Turntable's Choice Balanced, were more than enough to boost the not too weak signal of KAI and take it to a level similar to that of my digital source. 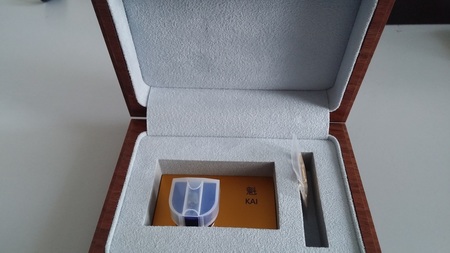 Mounting and setting the cartridge required just a few minutes thanks to the ingenious Graham template, and now we can begin to listen to its sound, also because  the Italian Distributor has already burned it in.

We were been asked to publish a statement by IT Industry Co. Ltd., which owns the trademark IKEDA:
“Anybody selling the IKEDA tonearms and cartridges on e-Bay and/or internet online shoppings is not our dealer/distributor nor having any relation with us at all.
Some parts and componets under the IKEDA Brand are not the original products from Ikeda Sound Labs and IT Industry Co., Ltd. We will not extend any warranty nor after-sale service from us for any purchase of IKEDA products on e-Bay and/or internet online shoppings. “

After some tests, I decided that the ideal load of KAI in my system is 300 Ohms. IKEDA gives a range from 100 to 1000 Ohms. With the higher load the sound becomes hysterical and annoying, while values around 100 Ohms or less make the sound too dry and dynamics slightly compressed. I reiterate that the 300 Ohms worked in my system and that in another context it's good to make careful listenings.

"Science Fiction", the 45 RPM vinyl by The Singhs (Redstar), which we reviewed here, immediately shows an authoritative bass, extended and perfectly controlled in every nuance, giving this recording sounds appropriate and very enjoyable.

"Way Out West" by Sonny Rollins, Analogue Productions 45 RPM edition, has a particulary wide frequency range. The cymbals are very realistic and the bass is clear, yet with a considerable body. The presence of the American jazz player's sax is stunning.

Let's leave the Basis belt on the 45 RPM pulley and move on to a vinyl by Pablo Records: "The Timekeepers - Count Basie Meets Oscar Peterson", Acoustech remastered. I understand that the two names lead to indulgence but I find no words for what I'm hearing now. By the way, my job is precisely to find the words and write them; otherwise, why did they send me the IKEDA? And then I find the words: I'm listening to sounds that no digital, at present, could ever give you. What strikes me now are, once again, the cymbals, so clear and metallic at the same time. The piano is fantastic but I will come to it later. About the sound of the bass I have already told you, and I can only repeat myself. Each plucked string is a joy for the ears. 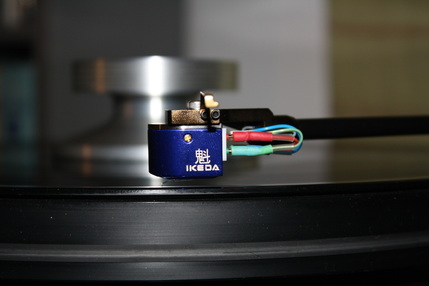 I do not know if the rest of the listenings will confirm these first impressions, but at I'm wondering if the manufacturers of IKEDA (I like to believe that, as the website states, the nearly ninety y.o. Ikeda San still personally assemble its products) slipped during the night in my house, to tune the KAI in my audio system. The result, in fact, is really lovely. Incidentally, I did not remember such a wide dynamic range between the pianissimos and fortissimos of Oscar Peterson. When he hits strongly on the keyboard, it seems to lift me off the couch.

While listening various records, I notice a great tracking ability of this cartridge and an uncommon lack of noise while running in the groove.

Since the instructions of KAI do not say that you can only use Jazz or Classical recordings, I take the double LP "Tommy" by The Who (Polydor) and start rockin'. Daltrey's voice is beautiful, more beautiful than ever. I focus on a vague sensation that I had during the previous listenings, a slight decrease of the higher frequency range. A wanted feature, certainly not a flaw. KAI has not, for example, the nervousness and the lightning shot of Lyra Kleos, it plays the music differently. What happens when you have two orchestra conductors with different opinions on the same music score? The audience, will be divided depending on the cultural background and will make its choice; the same will happen with this outstanding cartridge. In the bottom range, however, the IKEDA authority and extension are better than I get from my Lyra – that, to be honest, costs about 1/3.

The atmosphere this KAI can create while listening to "Nebraska" by Bruce Springsteen (CBS) is magical and reminds me the Boss' live concerts, in front of tens of thousands people audience. And it reminds me that two years are passed since the last concert which I attended; I hope he will come back to Italy as soon as possible.

The "6 Introduttioni Teatrali" by Pietro Locatelli (Foné) reveals a listening without any criticism. The Festival di Brescia and Bergamo Chamber Orchestra is enhanced by the beautiful recording by Giulio Cesare Ricci and a cartridge that comes with firmness, respect and rigor to the sound of each instrument. The harpsichord, then, is really perfect. Only occasionally it emerges from the orchestral harmonic foundation, as it should be in reality and is always reproduced with the right weight. The position of the instruments in space is clearly defined.

In the "Miserere" by Arvo Part (ECM) there is an impressive, almost hidden pedal organ and I'm glad to find out today, with this KAI. The other side of the coin is that the tubular bells are ringing less than usual, as if they were located further away from the microphone.

In the first movement of the Dvorak's Symphony From the New World (Decca FFSS), directed by Rafael Kubelik and performed by the Vienna Philharmonic, there is a very wide dynamic range and KAI reproduces it with formidable energy. Even the tympanys, which in this recording are quite in evidence, impress for realism and speed.

It is natural, at the end of this review, to compare the KAI with its sisters, the 9TT and 9TS. As mentioned earlier, there isn't a tonal imprinting to establish a certain degree of relationship between the three. They have some features in common, such as the top level mid-range, but not all them act the same way when the music genre changes. The most "omnivorous" was the TS, that plays all kind of music without difficulty and it does very well. The TT prefers more intimate music and digs deeply in the music, allowing you to discover a new world inside the grooves that you thought to know very well. The KAI sums the characteristics of both and leads them to much higher levels. Not even the KAI can be proclaimed queen of neutrality but this is not the feature IKEDA is looking for, evidently.

Something about the price, which is high. Indeed, it is very high. In my  technical/commercial ignorance about phono cartridges, I struggle to justify the prices of almost all the pick-ups, to be honest. I think it's already very expensive my Lyra, which costs 2,600 Euros. But maybe I'm missing something, since major manufacturers produce cartridges that sometimes exceed 20,000 Euros. If we consider then that this IKEDA ranks in the middle range (!) of the market, we can say that you can safely nominate the IKEDA KAI as an eligible candidate among the cartridges to be used in a very high level setup, thanks to its sound and the gorgeus realization. 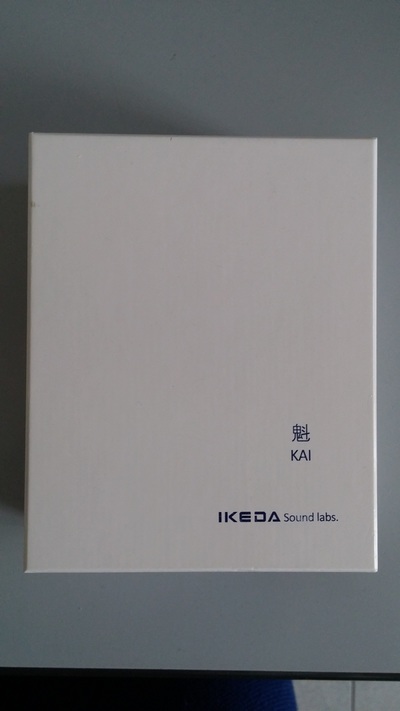 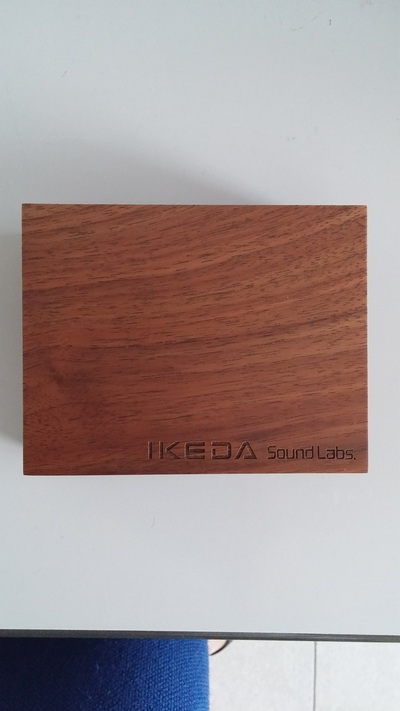 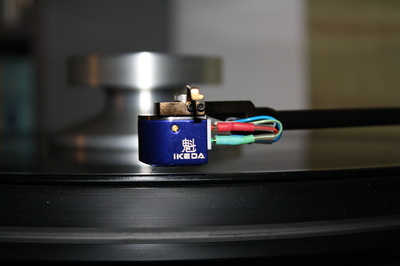 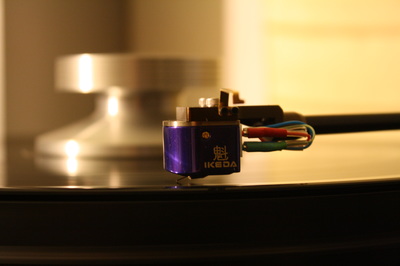